Success Story – How Victoria healed herself of PCOS through Ayurveda

My student Victoria’s question to me was:

I am overweight, suffering from PCOS and have irregular menses due to the cysts. I am taking medication for PCOS.

Can I heal myself through Ayurveda ? 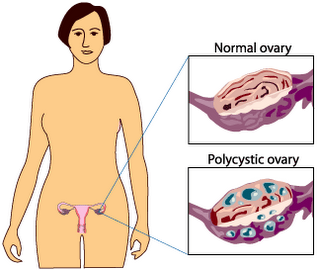 What is PCOS?
PCOS or Polycystic Ovarian Syndrome is a common condition among women in which the levels of the sex hormones estrogen and progesterone are out of balance. A lot of women suffering from PCOS have cysts growing in their ovaries.

Take a look at this video which gives a more detailed explanation about PCOS:-

After consultation, I found out that Victoria has a Kapha constitution. My answer to Victoria’s question was:

As per Ayurveda, you have a Kapha constitution with a tendency to put on weight. What you need to do is to follow some simple Ayurvedic principles and change to an Ayurvedic Diet and Lifestyle to help your body heal.

Heal from PCOS by following these 3 simple Ayurvedic Dietary principles:-

And, since you have a Kapha constitution, reducing intake of sour and salty foods will prevent you from gaining weight.

Secondly, you have to eat more vegetables and bitter tasting foods such as turmeric, endive and dandelion green.

And lastly, you have to start adding some spices such as turmeric/curcuma, anise, black pepper, cumin, ginger and nutmeg to your diet.

Course of action taken by Victoria:

Victoria made these necessary changes and followed an Ayurvedic Diet as per my advice and after a while, she stopped taking medicines for her PCOS.

When I met Victoria after a year, she had lost around 8 kgs! The cysts in her ovaries had also disappeared because of which her menses had become regular.

SUCCESS: She had healed herself from PCOS through Ayurveda!

About the Author: Gagori Mitra

As the co-founder of Aithein, Gagori is a highly experienced and practiced Bodywork expert. For her, the connection of the body, its senses, mind and soul is a way of life. She imparts her knowledge and philosophy with a deep understanding and through her personal experience over the years.